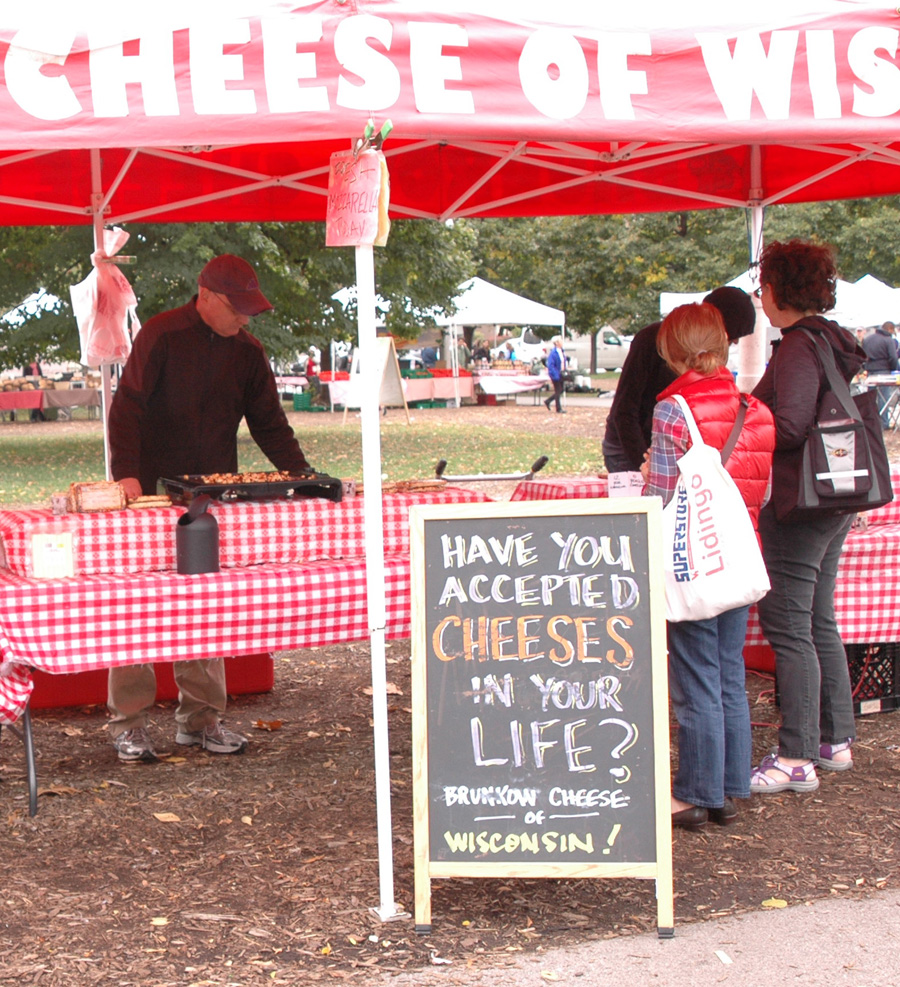 At Chicago’s Green City Market, Brunkow Cheese of Fayette, Wis., stops traffic with a chalk signboard in front of its stand that reads:  “Have you accepted cheeses in your life?” One staffer told us that a lot of people comment on the sign, and the folks who DO “get” it aren’t offended at all. “The thing is,” he added, “that reaction might be different if we were in business in the Bible Belt.”

AN AUSTRALIAN ON FOOD

Back in the day before Asian-influenced cuisine invaded Australia, common wisdom alleged that Aussies weren’t enamored with gourmet or “fancy” foods. When a Chicago Tribune feature writer invited the paper’s Australian editor to lunch at a new seafood restaurant, he tested that assumption: “You DO eat gumbo, don’t you, Max?” the writer asked. Shaking his head, the editor retorted, “Gumbo is for Gumbos.”

The late Larry King, author of the outrageous musical, “The Best Little Whorehouse in Texas” and, like Cliff, a Nieman Fellow at Harvard, painted a similar image for the Lone Star State one day as he tried to enter a posh, four-star lobster restaurant in Boston. As usual, Larry was sporting a purple velour shirt with a zipper down the front. “I’m sorry, sir,” the host at the door informed him, “but to go inside you’ll have to put on a coat and a tie, which we’ll be glad to provide.” “Well, gol-dang,” Larry barked. “Where I come from in Texas, you don’t have to wear a gol-dang coat and a gol-dang tie to eat some gol-dang feesh.” (Nonetheless, if memory serves, Larry acquiesced. Whether he ordered fish is highly unlikely.)