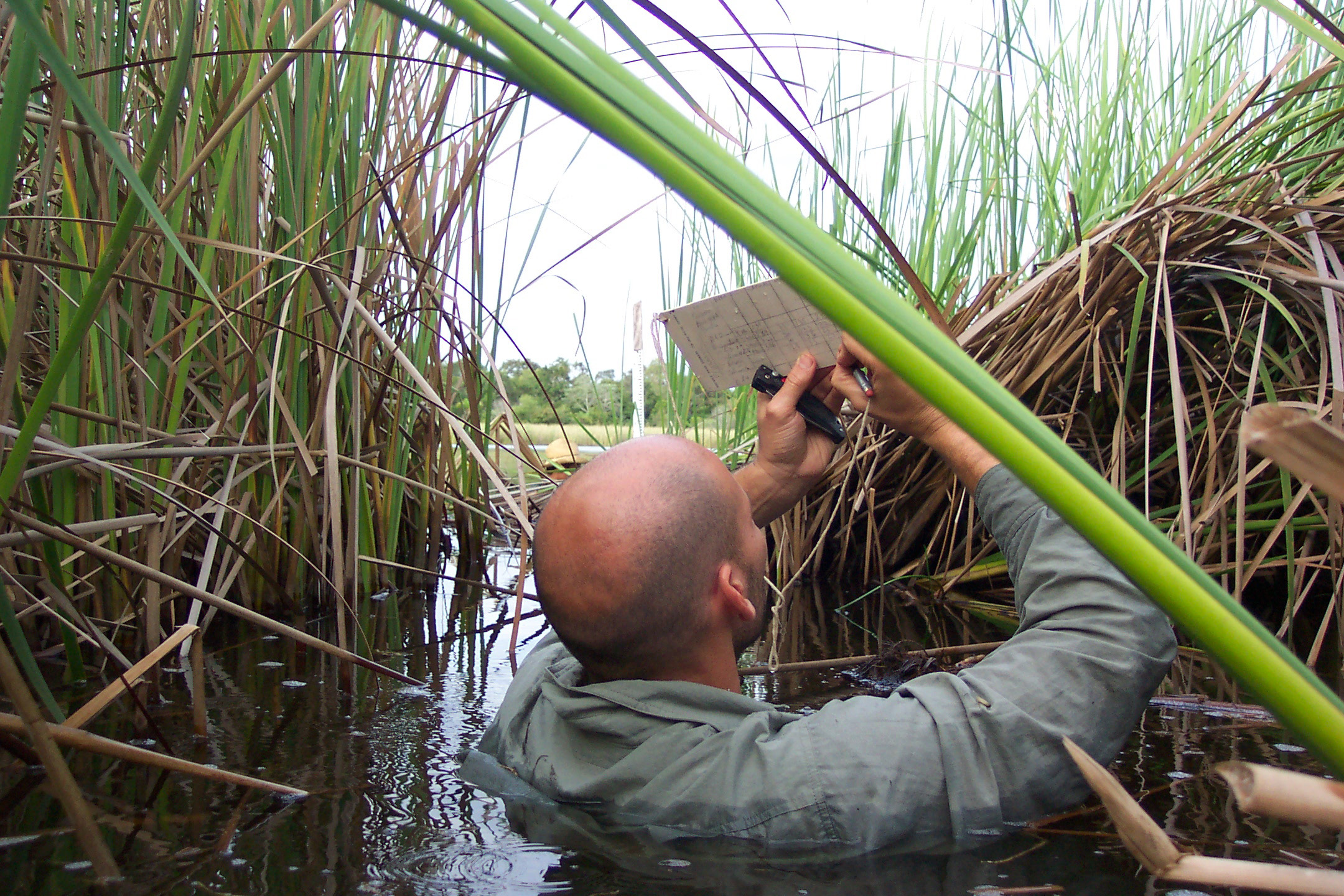 One rule Cliff learned in the Army was the firm admonition, “Never volunteer.” Well, that was then.

More recently, when Cliff proposed a story for the Chicago Tribune travel section on volunteer travel, the editor insisted he didn’t want a “goody two-shoes” piece. Not to worry, Cliff replied, quickly recapping a few of our adventures, like a volunteer trip with EarthWatch Institute, where we helped conduct research in the remote, beautifully lush Pantanal in western Brazil.

“Watch out you don’t step on a pit viper,” one scientist warned upfront. “Those snakes like to hang out around the fazenda (ranch house).” A few days later, some of us took a break to wade in cooling river waters. “Don’t go too far,” the same person advised. “That’s where the piranhas tend to be.” During our stay, we did get up-close with some of the wildlife, though: When Pat waded into a lake to sample the water temperature, a small caiman (alligator relative) jumped in after her. And Cliff helped lift a tranquilized peccary (wild pig) onto a scale, hoping it wouldn’t wake up.

Despite its do-gooder image, we told the editor, volunteerism isn’t all halos and hosannas. Just ask the volunteer who, during a Habitat for Humanity home-building project in Chile, was momentarily stunned when whacked on the head by a hammer-wielding 2-year-old.

However, volunteering isn’t all gloom and doom. On the final day of our Chile work, we all gathered at one finished house, where the owner choked up (as we did) in thanking us for our help.

“My expectations were that the Chile trip would be a good experience, but it FAR exceeded my expectations in every way,” said a 48-year-old business systems analyst from Valley Stream, NY. “I mean, you kind of lose sight of the value it means to these people. They’re so appreciative. It just validates what we’re doing, making a difference. When that home owner thanked us, it was very touching.”

Looking back, it’s been the total experience that remains most firmly in memory. In Chile, one volunteer was handed a letter from an 11-year-old girl which read, in part, “I always thought that angels were only in heaven, but when you came to build with concrete my mother’s dream, I realized that they also exist on earth.” In Honduras, a taxi driver asked what we were doing there, and when he found out, said, with tears in his eyes, “Thank you for helping my people”—which, of course, brought tears to our eyes.

At the housing complex outside San Pedro Sula, Honduras, a social worker summed it up: “I believe we are planting many seeds from which we will reap much fruit. One of the things is to look around and see the people so happy, so joyous and so committed to helping one another. Maybe this is what is being taught out here, this is what we are learning—to be more human, to feel the needs of others more closely and to serve them. This desire to serve came up in many people after Hurricane Mitch. Maybe the suffering has brought this gift.”