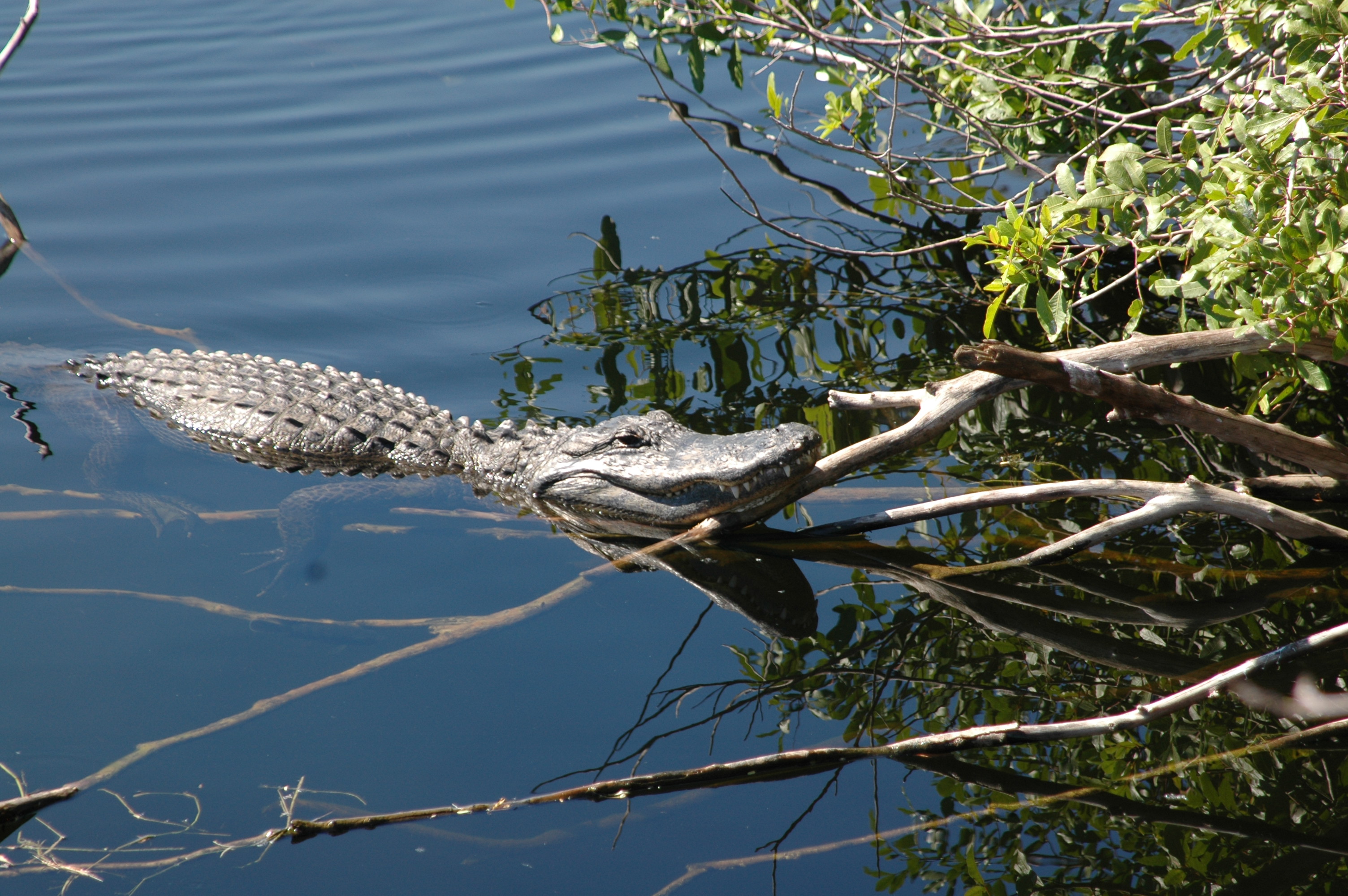 No airboats, alligator-wrestling or schlock

Many people think of Florida’s Everglades —if they’re familiar with this unique global ecosystem at all—as swamps and schlock, airboat rides and alligator-wrestling, but it’s an incredible natural wonder, filled with hiking paths, kayak trails, rare and uncommon wildlife such as wood storks, at least one crocodile, tons of alligators and great blue herons.    Travel articles too often paint the Glades as a tourist magnet for oversize buggy rides, souvenir shops and “gen-u-ine” Indians/native Americans, but it’s the “The Everglades, Naturally,” that attracts outdoors and nature-loving visitors from as far away as New Zealand, Australia and Japan.   Jumping off points are Naples on the west and Miami on the east.   Dubbed the “River of Grass” in the 1940s by conservationist (and onetime society reporter) Marjory Stoneman Douglas, the Everglades is a vast, constantly moving marsh, stretching across a flat limestone shelf nearly 40 miles wide and over 100 miles long. But thanks to civilization’s encroachments, it is now less than one-third of its original size, threatened by such factors as rapid human population growth, agricultural runoff and disruptive water flow.   This marvelous subtropical wetland “has its own feel, its own good odor,” Florida mystery novelist Randy Wayne White writes in his book, “Everglades.”