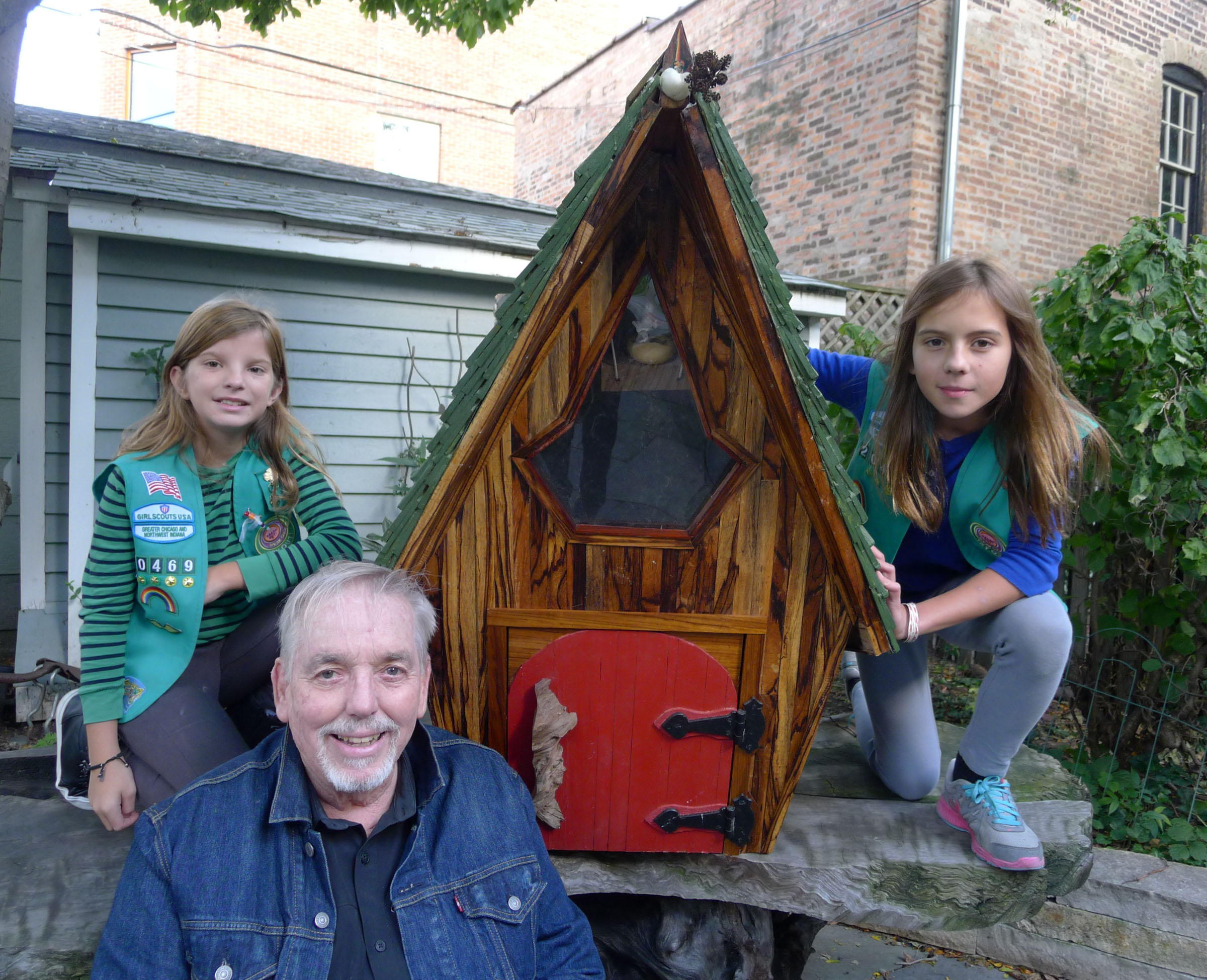 The old idea about “retirement” is gone, says Chris Farrell, author of a new book, “Unretirement: How Baby Boomers Are Changing the Way We Think about Work, Community, and the Good Life.”

One person in our Chicago neighborhood practicing, well, unretirement is Tom Hall, who worked with me at the Chicago Tribune. Hall recently used his carpentry skills to help two Girl Scouts build a “Little Free Library” structure, fancifully named Gnome Hall. The concept: People can drop off a book and/or take one away.

Hall says it began with Lincoln Park Village, which matched him with Girl Scout troop 20469. (The nonprofit Village aims to build a supportive community for older adults, helping people stay in their homes through vetted service providers and volunteers, who do everything from shoveling snow to driving people to movies, classes and medical appointments. The Village also organizes lots of activities, including speakers, parties, exercise classes and book, restaurant and movie-going groups.)

“I’d never heard of the Little Free Library, but the Village knew I did carpentry,” Hall recalls. “And Gnome Hall turned out to be a howling success.”

Tom worked with Sophia Rodriguez-Day and Olivia Zindel, who sought to earn their Bronze Award, the highest honor a Girl Scout Junior can achieve. “It took about five months or about 100 hours because they could only do it one day a week,” he says. “The design was partly theirs. It’s better than if I had just done it.”

“These girls were 11 and 12,” says Village member Jane Curry. “Tom has the patience of Job.” Hall laughs. “Part of it was getting them into the program, showing things they hadn’t tried. There were times when they didn’t feel like working. I told their parents. Whatever their parents said, it worked.

“The most wonderful thing was the friendship created,” Curry adds. “Sophia said the most important thing was getting to know Tom.” He agrees. “Definitely. We became friends, and stayed friends.”

In December, Gnome Hall was unveiled at the wonderfully named Bourgeois Pig Café, when the girls had their Bronze Awards pinned on them. By Tom Hall, of course.